The growth in industrial production accelerated to 8.5% in March, its largest increase since July 2014, announced Wednesday the National Bureau of Statistics.

Economists polled by Reuters forecast on average a growth of 5.9%, after + 5.3% over the period January-February.

Investment in fixed assets increased by 6.3% in the first quarter compared to the same period of 2018, as expected by economists, the highest pace since January-April 2018.

Investment in the private sector, which accounts for 60% of investment in China, rose 6.4% after rising 7.5% in the first two months of the year.

Retail sales rose 8.7% in March year-on-year, following a rise of 8.2% in January-February. This is their largest increase since September 2018 and exceeds the consensus of + 8.4%.

The March figure marks a slight acceleration compared to the 11.6% rise recorded in January and February. This is the largest increase since January 2018, when real estate investment, essentially residential, was up 13.2%.

The Chinese economy grew 6.4% year-on-year in the first quarter, as in the last three months of 2018, beating the forecasts, thanks in particular to an improvement in industrial production and household demand.

Economists polled by Reuters on average expected an increase of 6.3% of gross domestic product, which would have been its lowest growth in 27 years.

Quarter on quarter, growth came in at 1.4%, in line with expectations, against + 1.5% in the fourth quarter, said the National Bureau of Statistics.

Economists forecast a further deceleration this year, to 6.2%, because of the impact of trade tensions between China and the United States and the slowdown in domestic demand. 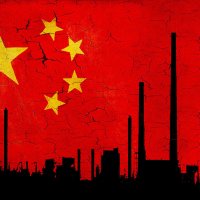