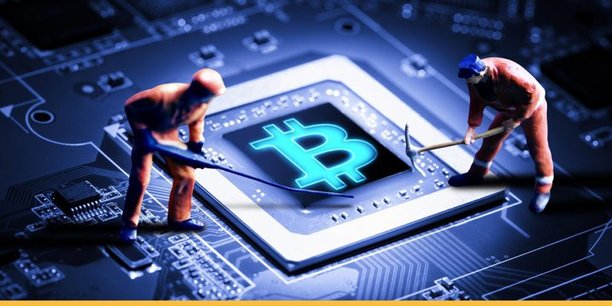 Exceeded by the demand for electricity, the French-speaking province of Canada has decreed a temporary halt to the processing of all applications from companies creating crypto-assets. It is considering raising rates for this category of very large energy consumers.

At a time when the debate is raging on the energy consumption of virtual currencies, or “crypto-actives” as it is now known to call them, Quebec has decided to put a stop to it. The French-speaking province of Canada decreed last weekend “a new framework for the category of electricity consumers relating to the cryptographic use applied to blockchain” (Blockchain), because of an “unprecedented demand” companies in this sector “in full swing”. Obviously, the time is serious:

“The requests even exceed the short and medium-term capacity of the Crown Corporation [Hydro-Quebec], hence the urgency and the importance of acting”, explains the Quebec Ministry of Energy in a communicated.

Specifically, a ministerial order temporarily suspends the processing of any request from this sector, “in order to allow the Crown Corporation to continue to fulfill its distribution obligations throughout the territory of Quebec” and a Decree commits the Régie de l’énergie to study the pricing for this category of very large energy consumers.

For the moment, Hydro-Québec will only grant 500 megawatts to “miners” of cryptocurrencies, who use the computing power of computers to special graphics cards to authenticate the transaction on the blockchain, which they are paid by the creation of new bitcoins or other crypto-actives. That 500 megawatts would be enough to power an aluminum smelter.

“What we are aiming for with the measures announced today is to allow us to welcome, in a responsible, prudent and pragmatic manner, the best companies in the block-chain technology sector, to contribute to economic development. other sectors that have spin-offs throughout Quebec, and to ensure the supply of energy to all Quebecers, “said Minister of Energy and Natural Resources Pierre Moreau.

More than 200 cryptomining companies want to set up in Quebec, where electricity is particularly affordable. The Quebec company Bitfarms already operates four “farms” in the province and wants to open this summer a “mega-farm” which will represent an investment of 250 million dollars. Quebec does not want to give the impression of being anti-crypto. The boss of the distribution branch of the public company Eric Filion, insists:
“The blockchain sector is a promising sector for Hydro-Québec. However, frameworks are needed to ensure that the development of this sector maximizes spinoffs in Quebec while avoiding price increases for our customers. We will participate actively in the Régie de l’énergie process so as to obtain quick supervision. “

CO2: a startup halves the cost of capture

Has "organic" made us all mad?

The French consume more and more organic, but beware of the shortage

Organic farming: why the State is withdrawing from aid for maintenance