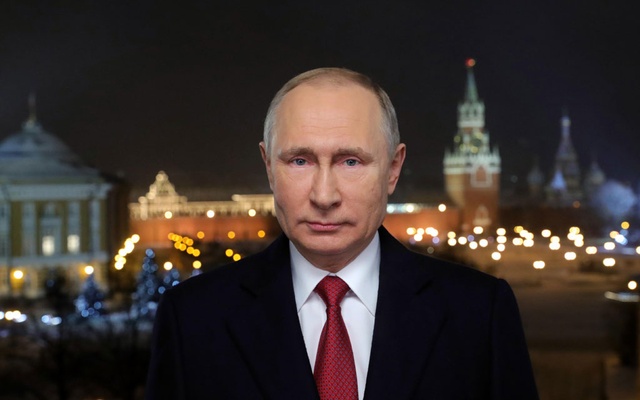 Russian President Vladimir Putin spoke to thousands of soldiers and ex-combatants on Red Square in Moscow, before the parade on the occasion of the 74th anniversary of the Soviet Union’s victory over Nazi Germany May 9, 2019.

In Moscow, the traditional May 9 parade to celebrate the 74th anniversary of the Soviet Union’s victory over Nazi Germany, with Vladimir Putin’s due presence, was a show of patriotism for the Russian president .

The military parade has just begun on the Red Square. Thousands and thousands of people in uniform, weapons in hand, are parading in front of the platform where Russian President Vladimir Putin is.

“The lessons of the last war are still current. We will do everything necessary to guarantee the combat capabilities of our army, “said President Putin.

This patriotic speech, on the military grandeur of Russia, is greeted in the stands. 92-year-old Vladimir Yarolenko is a World War II veteran “We must defend ourselves! It’s like with the nuclear weapon, the Americans made it and then we had to do the same! Even today, we must be ready to defend ourselves, “he says.

Other veterans prefer to insist on the symbolic importance of this parade for the new generations. Nadjejda Vociemka, who lost her four brothers during the conflict, explains: “We want to transmit our memory and our experience of war from generation to generation. But when I joined our veterans organization, we were 600 people, former soldiers. And now we are only 6, and yesterday one of us died. “

Veterans are disappearing one after the other, but the memory of the Second World War has never seemed so alive in Russia. A memorial cult that, for Vladimir Putin, is also a way of celebrating the newfound power of the Russian army.

CO2: a startup halves the cost of capture

Has "organic" made us all mad?

The French consume more and more organic, but beware of the shortage

Organic farming: why the State is withdrawing from aid for maintenance