Allergies all year round, new tropical diseases and stress linked to repeated natural disasters: in the decades to come, climate change will severely affect the health of the inhabitants of south-eastern France, experts predict.

The Provence-Alpes-Côte d’Azur region is “a hot spot for climate change”, recalls the Regional Group of Experts on Climate (Greek) in a report made public in December. According to forecasts by these experts, drought and summer heat will increase in duration and intensity, ground and surface water will decrease by 20%, and episodes of intense rain will increase in the years to come.

These “Mediterranean” episodes, characterized by extreme precipitation, are accompanied by human losses. In the fall of 2019, this torrential rain often causing floods caused the death of 13 people during two separate episodes in two weeks in the south-east of France.

Experts fear that these repeated disasters will cause “post-traumatic stress” in the South. This disorder appears in half of the people exposed to natural disasters, and can last over time: symptoms of this stress were observed in inhabitants of Vaison-la-Romaine (Vaucluse) several years after the flood which had caused 37 died in 1992. The occurrence of severe weather can also activate or re-activate other diseases: anxiety, depressive or addictive disorders.
close
volume_off

Another unexpected consequence of climate change is the increase in allergies. Because pollens, to which 20% of adults are allergic (almost twice as many as twenty years ago), will also benefit from global warming: the length of the pollen season for grasses is already increasing by 4.5% per year in Nice since 1989.

Urticaceae also see their pollen season dragging on, to such an extent, experts predict, that allergy to the wallworm, a perennial plant often hung on rocks or old walls, could be rife all year round.

Allergies to dust mites should also gain ground: with the increase in temperatures, molds will proliferate both outside and inside homes. Studies have shown a higher density of dust mites and dust mite allergens in cities with the highest average temperature.

The heat could also cause, predicts the Greek, the proliferation of bacteria in the pipes before the distribution of water to the tap. Other bacteria will invade the sea, such as E.Coli, which causes gastroenteritis and other infections, due to the increase in water temperature.

Finally, global warming allows the development of “pathogens”, such as the tiger mosquito, which already colonizes the entire Paca region with the exception of mountainous areas, and could increase its period of activity during the year. In 2019, for the first time in France, an outbreak of the tropical Zika virus, transmitted by this mosquito, was confirmed in the Var, with 3 cases of “indigenous” disease.

Faced with this cloud of threats, the Greek challenges the authorities and offers them adaptation measures, such as the development of “cool islands” in the city, or even the care of vulnerable and precarious people, the first affected by global warming.

In the Paca region, 80% of the population lives in cities, where the temperature is higher than in the countryside, and the air more polluted, factors aggravating for health, notes the Greek. Experts fear excess mortality but also an increase in cardiovascular, respiratory diseases and even mental disorders linked to these high temperatures. 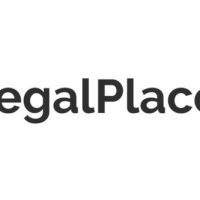 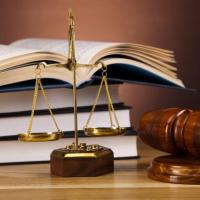